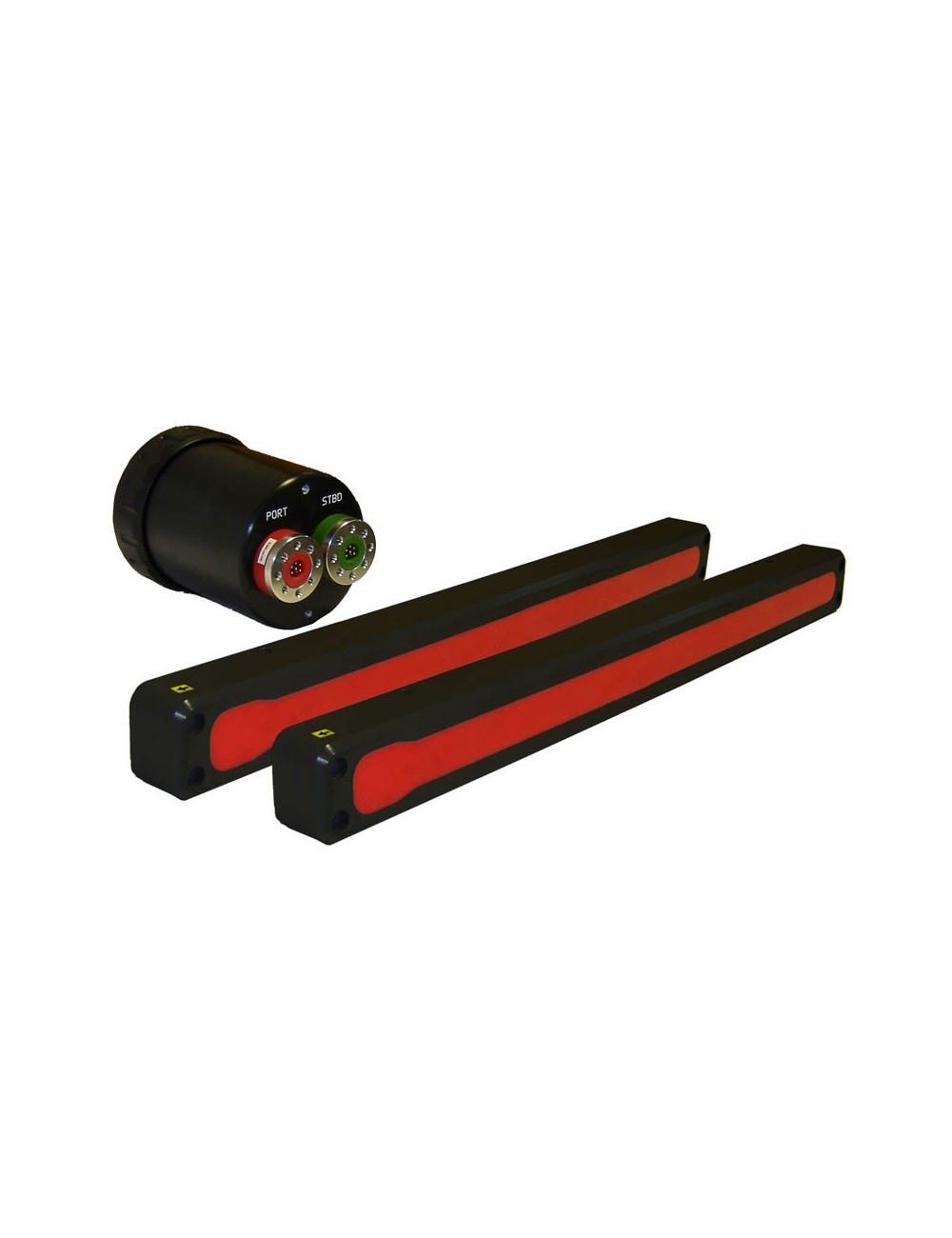 Easy to integrate into subsea vehicles

The unit is supplied as two separate transducers and an electronics module suitable for integration into most ROVs and AUVs. The ARCNET, RS232 or RS485 communications protocols allows it to be operated with other Tritech SeaKing underwater sensors such as scanning sonars, profilers or bathymetric systems over a single communications link to the surface.

The SeaKing AUV/ ROV side scan sonar is supplied as separate transducers and an electronics module for integration into ROV and AUV underwater systems.

As part of Tritech’s SeaKing range of sonars, sensors it is possible to run the SeaKing towfish with other SeaKing sensors over one communication link. All products in the SeaKing family (or third-party products within the ARCNET communications link), can be run simultaneously, using the same processor and display; such as Tritech’s Surface Control Unit (SCU) or a customer supplied PC or laptop. In addition to the display of side scan sonar data, the system will take position input from DGPS. This information is recorded with the side scan sonar data to allow a 'fix' of a target.